KYC/AML Case Studies: 6 Cases of Lapses and Penalties in Singapore 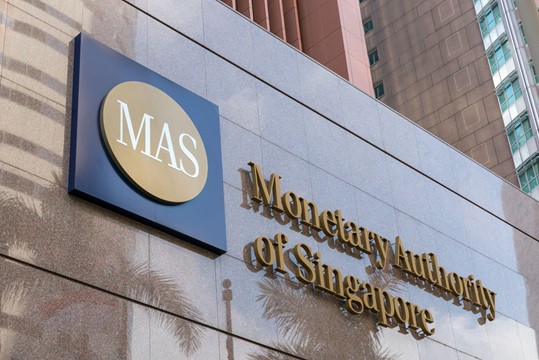 Anti-money laundering policies and procedures exist to help financial institutions combat money laundering by preventing criminals from engaging in transactions that are carefully disguised which are connected to illegal activities.

While it is easy for us to keep emphasising the importance of KYC and AML processes, you may not realise how much it may cost your company if done incorrectly or neglected--not just because of the potential for loss of money and reputation, but the certainty of official sanction and punishment if you violate KYC/AML requirements in regulated industries such as finance.

To understand how important it is to ensure your KYC and AML procedures are up to date, let's look at a few cases in recent years, and their outcomes.

One of the most infamous cases in the industry to date, with some of the heaviest punishments meted out, is that of Falcon Private Bank. On October 11, 2016, the Monetary Authority of Singapore (MAS) announced that it was withdrawing the merchant bank status of Falcon Private Bank Ltd, Singapore branch, forcing it to shut down. This was due to the bank's serious failures in anti-money laundering (AML) controls and improper conduct by its senior management at the head office in the Switzerland and Singapore branch, which permitted it to be used for money laundering by parties in Malaysia's 1MDB embezzlement scandal.

In addition, Falcon Private Bank was also fined S$4.3 million for 14 breaches of MAS Notice 1014, which is the prevention of money laundering and countering the financing of terrorism. Such failures include but are not limited to adequately assess irregularities in activities pertaining to customer accounts, and file suspicious transaction reports.

On 14 April 2021, the Monetary Authority of Singapore (MAS) imposed a composition penalty of S$1 million on Bank J Safra Sarasin Ltd (Singapore branch) for its failure to comply with MAS' Anti-Money Laundering and Countering the Financing of Terrorism requirements.

Bank J Safra was found to have committed serious breaches of MAS' AML requirements between March 2014 and September 2018. These breaches had caused material lapses in the bank's AML control procedures during the onboarding of customers and in the ongoing monitoring of business relations with customers. This had placed the bank at higher risk of being used as a conduit for illegal activities.

On 28 July 2020, the Capital Markets Services (CMS) licence of Apical Asset Management was revoked by the Monetary Authority of Singapore (MAS). The CEO and Director were also reprimanded by MAS. There were several deficiencies in the AML controls from 2013 to 2018. Apical Asset Management did not put in place basic AML policies and procedures which exposed them to the risk of laundering for illegal activities.

On 22 July 2020, the Monetary Authority of Singapore (MAS) imposed a composition penalty of $1.1 million on Asiaciti Trust Singapore. This is due to their failure to comply with the MAS' Anti-Money Laundering and Countering the Financing of Terrorism requirements. It was discovered that between 2007 and 2018, Asiaciti Trust Singapore committed serious breaches of MAS' AML requirements for trust companies. The company failed to implement adequate AML policies and procedures and did not subject its AML controls to independent audits. These failings hindered the company's ability to detect and mitigate the money laundering risks associated with its higher-risk customers.

On 19 March 2018, the Monetary Authority of Singapore imposed penalties of S$5.2 million and S$1.2 million on Standard Chartered Bank and Standard Chartered Trust respectively. There were breaches of MAS' AML and CFT requirements. The breaches occurred during transactions of the customers' trust accounts from December 2015 to January 2016.

On 16 March 2020, there was a $400,000 composition penalty imposed on TMF Trustees Singapore Limited for failure to comply with MAS' Anti-Money Laundering and Countering the Financing of Terrorism AML requirements. TMF Trustees Singapore failed to exercise sufficient oversight to ensure effective AML controls and procedures, putting itself in danger of being used as a conduit for money laundering activities.

As we go through all the cases above, it is clear how important it is to have good KYC and AML procedures put in place for your company. However, even good procedures are only as good as the business information that fuels them, allowing companies to detect irregularities and misconduct. At CRIF Bizinsights, we take pride in providing our clients with such information through customised searches, API integration and database technology to ensure your business keeps to the standards required by law.

Whether out of negligence, deliberate laziness, or malicious intent, failure to conduct the mandated KYC and AML procedures in line with regulations can have serious consequences. Keep your business reputation stable with the right processes, the right technology, and most importantly, the right information.